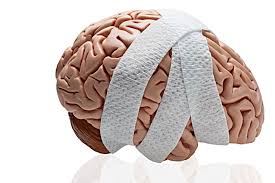 Real time functional magnetic resonance imaging (rt-fMRI) neurofeedback modulates neural functions by training self-regulation of brain activity through operant conditioning. In a systematic review, Wang, Mantini and Gillebert (2017) demonstrated that this technique is effective for stroke rehabilitation. Based on 33 rt-FMRI neurofeedback studies, the results showed that training can lead to learned modulation of brain signals, with changes at both neural and behavioural levels.

A recent review of current research by Foster and Thatcher (2014) established the clinical efficacy of using neurofeedback as a treatment for mild traumatic brain injury (mTBI). These studies showed that it only took around ten sessions of neurofeedback for improvement to be seen in patients, and the number of sessions is set to reduce as the process and methods of neurofeedback improve. This study used 11 American war veterans who had been involved in armed combat. All participants showed an improvement in neurophysiological normalisation as well as a reduction of pre-existing symptoms that they had been experiencing since their brain injury.

Zorcec (2011) examined the use of neurofeedback training in 6 traumatic brain injury patients, all sustaining their injuries by car accident. Cognitive difficulties were noted as being the main area of concern, with QEEG assessment identifying a predominance of frontal brain waves in the patients. Following 20 sessions of neurofeedback (twice per week, 40 minutes duration), 5 of the 6 patients was able to return to normal education, and all reported improvements concerning mood, quality of sleep, and cognitive abilities.

Research into the use of neurofeedback following traumatic brain injury provides promising evidence for this therapy during rehabilitation (Reddy and colleagues, 2009). The researchers compared the neuropsychological profile of a single patient before and after the neurofeedback training, which was administered for 45 minutes with 20 sessions in total. Improvements were reported in both verbal and visual learning memory. This highlights the potential use of neurofeedback during rehabilitation plans aiming to enhance learning and memory for TBI patients.

Hammond (2008) reports the success of Neurofeedback Therapy in 2 cases that involved the recovery of the sensation of smell. The first case involved a 29 year old man with a history of post-concussion syndrome. The patient rated fatigue and lack of motivation, depression, anxiety, anger/explosiveness, insomnia, impulsiveness,short-term memory problems and poor concentration between 0 – 10. 0 implying no issue, 10 being the worst possible outcome. He scored an average of 9 across all the ratings pre-treatment and after 22 Neurofeedback sessions scored 3.75. Something especially interesting to note is that the male reported be able to smell for the first time in 9 years (this in turn affected his taste). Similarly, a 43 year old woman who had experience concussion from a car incident saw improvement in her ability to smell after having 10 Neurofeedback sessions, which she initially commenced to treat her anxiety. She also reported that the treatment of her anxiety was effective.

Hammond (2005) documented a case study that involved a 46 year woman who was involved in a car crash reporting symptoms of poor balance that required her to use a cane and stop driving. After having 9 sessions of Neurofeedback in the period of a month, her balance improved and she was able to walk without a cane.

In a systematic review, Thornton and Carmody (2005) describes 44 studies with traumatic brain injury patients that report improved cognitive flexibility, cognitive performance, improved attention and problem solving after neurofeedback training. This suggests that the application of neurofeedback would be beneficial in patients with structural brain damage as training has shown to be useful.

Walker and colleagues (2002) used quantitative electroencephalogram (qEEG) coherence scores to understand a patient’s improvement. They found that 88% of the patients that had experienced a mild head injury improved their score by around 50% in the qEEG. They also reported that all patients that had not been able to work since their traumatic brain injury were able to return to work after the treatment.

Studies have considered the ability of neurofeedback to improve levels of depression and fatigue in a patient. Schoenberger and colleagues (2001) studied 12 individuals with traumatic brain injuries and showed that their cognitive function improved, specifically their working memory, immediate memory of new material, and retention of information.. They also showed a reduction in symptoms such as depression and fatigue and experienced meaningful improvement in occupational and social functioning.

A case study by Wing (2001) demonstrated the effect of neurofeedback (NFB) training in a patient with a brain tumor and co-existing traumatic brain injury. The patient received 40 sessions of NFB intervention. Tests and videotaped recordings evaluated pre- and post-NFB intervention. This study demonstrated minimal to significant improvements in several functional tasks. In addition, it showed that NFB therapy is effective for a person with symptoms similar to stroke, such as generalized weakness of unilateral extremity, gait deviations and general functional limitation.

Thornton (2000) demonstrated the effectiveness of neurofeedback therapy in the improvement and rehabilitation of memory functioning in patients with brain injury. The study compared three patients with post-head injury and one post-hippocampal surgery. A normative QEEG was created that assessed correlates of effective memory functioning. Here, the three patients QEEGs were compared during paragraph recall to the database. Individual treatment protocols were created to assist with their deficits. The reports found a 68-81% improvement in mean recall of paragraphs after amplitude and coherence neurofeedback training. Here, it is apparent that that QEEG can assist brain injury patients memory ability and can help them achieve normal levels of functioning.

Impairments in attention are a common consequence of head injury. In his study, Keller (2001) demonstrated that neurofeedback therapy was a promising method to treat attentional disorders in those with brain injuries. The study consisted of twelve patients with moderate closed head injuries who underwent ten sessions of neurofeedback, and a control group of nine patients who were treated with a standard computerized training. Here, patients who received neurofeedback training had significant improvement in attention tests compared to control patients demonstrating its effectiveness in treating attention deficits.

Byers (1995) published a case study examining the comparison of a 58 year old woman who was diagnosed with traumatic brain injury after having a fall, six years prior to treatment. The study took pre- and post-test measures of the woman after 31 sessions of neurofeedback. After neurofeedback, the study showed that the patient improved in a number of areas of mental functions such as recall, working memory, cognitive flexibility and problem solving. The patient also had improved scores on a variety of neuropsychological tests including the Booklet Category Test, Verbal Fluency Test, Brown Peterson Test, Wilconsin Card Sort Test and Shipley Insititute of Living scale.

Studies of neurofeedback therapy have shown positive results in treating various aspects of impaired cognition such as memory impairment and visual problems. Rozelle and Budzynski’s 1995 case study focused on a 55 year old male who suffered a stroke. One year after his stroke, he was treated with a two-tier neurotherapy approach for six months. As a result, there were many areas of improvement in the patients speech, reading, writing and emotional stability. In addition, there were significant changes on neuropsychological tests assessing aphasia and on a self-report inventory of psychological distress.

Keller, I. (2001). Neurofeedback Therapy of Attention Deficits in Patients with Traumatic Brain Injury. Journal of Neurotherapy,5(1-2).

Wing, K. (2001) Effect of Neurofeedback on Motor Recovery of a Patient

with Brain Injury: A Case Study and Its Implications for Stroke Rehabilitation, Topics in Stroke