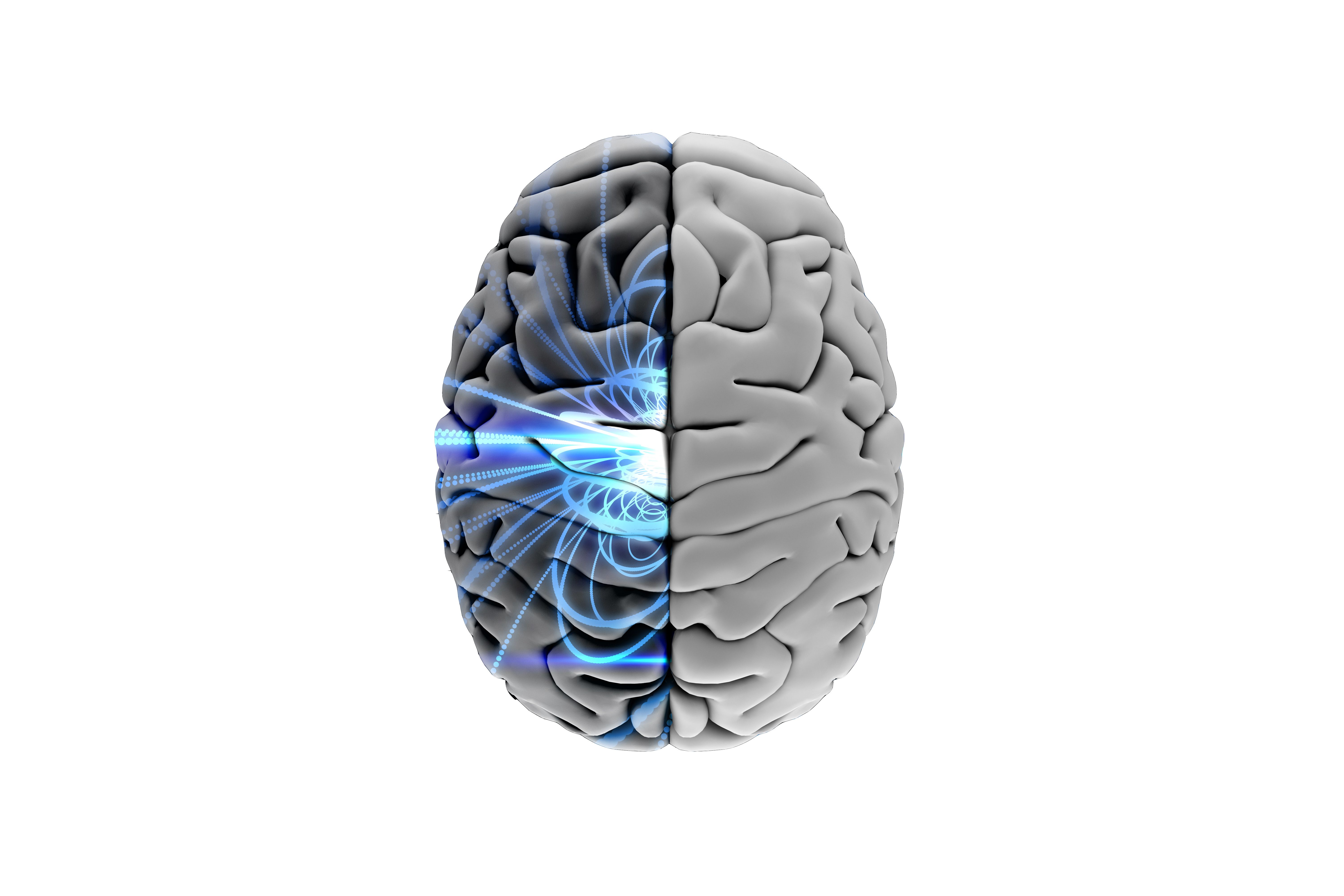 Epilepsy is a neurological disturbance that causes abnormal electrical discharge in the cortex of the brain, manifesting in seizures. Epileptic seizures may be limited to childhood, or may persist into adulthood. Pharmacological treatment is used in most cases of epilepsy, however approximately 30% of patients don’t respond to medication (Koberda, 2015) and so neurofeedback may provide a viable alternative in these cases (Egner & Sterman, 2006).

Epilepsy is thought to be caused and maintained by abnormal brain activity, such as cortical and/or thalamocortical hyper-excitability. Neurofeedback works by stabilizing the brain, inhibiting slow-wave EEG (the brain wave activity associated with seizures) and reinforcing mid-range frequencies associated with preventing seizures.

Considerable research supports the efficacy of neurofeedback treatment in reducing or eliminating seizures in patients with epilepsy (Sterman & Egner, 2006; Tan et al., 2009). This has been achieved even in patients with poorly controlled seizures and those unresponsive to pharmacological treatment. Research has demonstrated that the reduction in seizures using neurofeedback was maintained at 10-year follow up (Strehl, Birkle, Worz, & Kotchoubey, 2014), making neurofeedback a viable long term solution for epilepsy.

Research into the use of neurofeedback in epilepsy dates back over 40 years. In 1968 Sterman and colleagues at UCLA first discovered that cats could be trained, through operant conditioning, to self-regulate their EEG to increase “sensorimotor rhythm” (SMR), an EEG rhythm over the sensorimotor cortex. In later research Sterman’s laboratory accidentally found that cats who had been trained to self-regulate SMR were less likely to experience epileptic seizures induced by rocket fuel than cats that had not been trained, suggesting that the SMR training protected the cats against experiencing seizures. 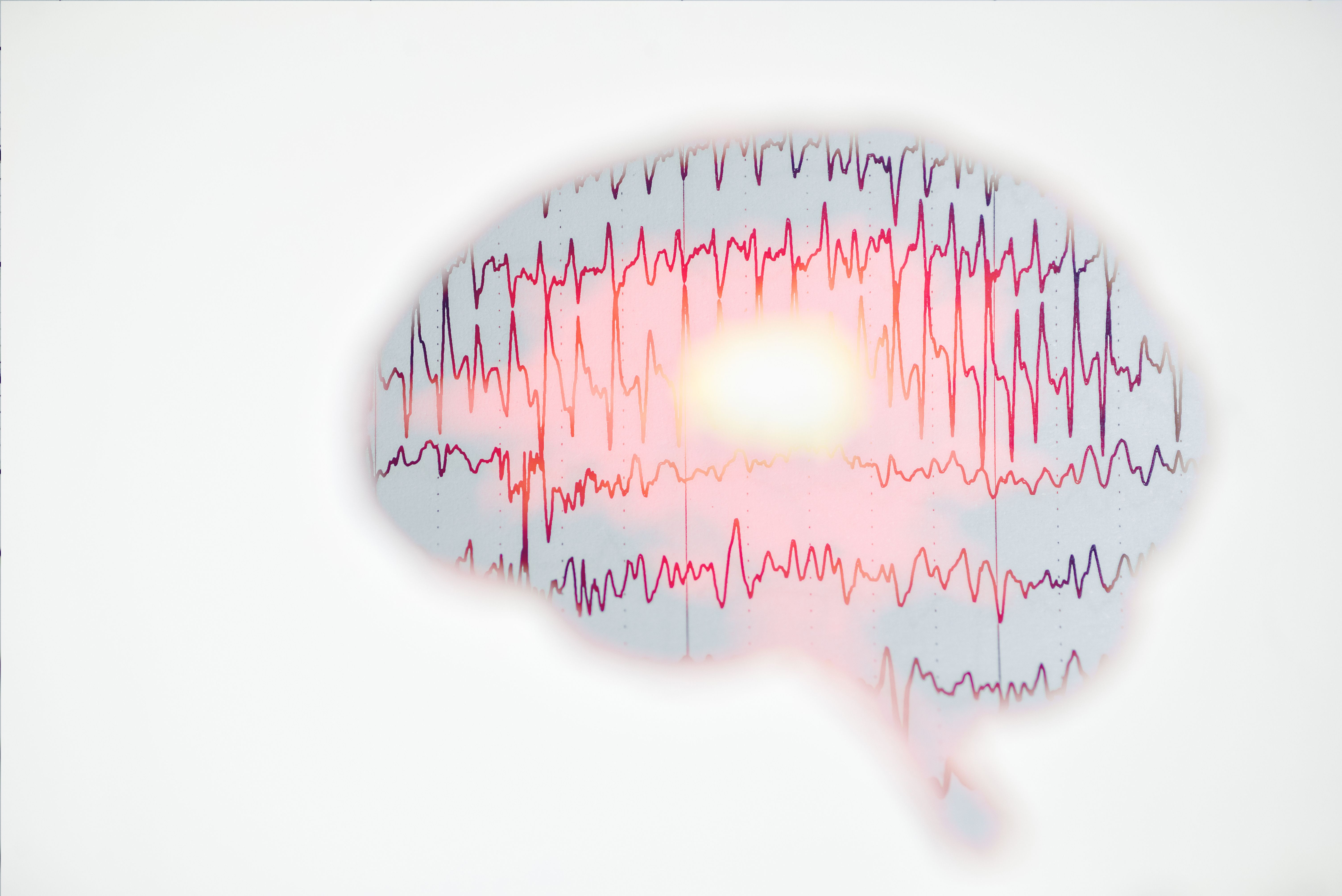 In 2014, Andrzej Mirski and colleagues reported a case study of neurofeedback in rolandic epilepsy, a common childhood form of epilepsy. They found that relative beta neurofeedback training led to a significant reduction of slow activity frontally and a considerable lowering of the theta:beta ratio, as well as a complete cessation of rolandic spikes in resting EEG. The patient also showed significant increases in attention, executive functions and verbal and non-verbal IQ.

Sela and Shaked–Toledano (2014) explored QEEG guided neurofeedback in two cases of epilepsy patients at their clinic. Both patients experienced a reduction of seizures at an early stage in the treatment, with a total cessation of seizure activity in a relatively short time (3-5 months of training). The case studies also displayed significant behavioural and cognitive improvement during the course of neurofeedback treatment. This study supports the assumption that neurofeedback training enables EEG normalization and seizure elimination in epilepsy patients who do not respond successfully to medication.
Nagai (2011) provided a comprehensive review exploring the history of biofeedback as a noninvasive treatment that enables epilepsy patients to gain volitional control over a physiological process. The researcher concludes that neurofeedback therapy is an effective and promising treatment in the treatment of epilepsy, particularly for those without success using pharmacological interventions.

Using quantitative EEG (QEEG) Walker and Kozlowski (2005, 2010) have been able to downtrain focal excessive power and uptrain focal deficiencies in power in epileptic patients. Appropriately trained patients achieved a reduction or complete abolition of seizures and many were able to cease anticonvulsant medication. To date, approximately 40 patients have been reported to have been treated in this manner. 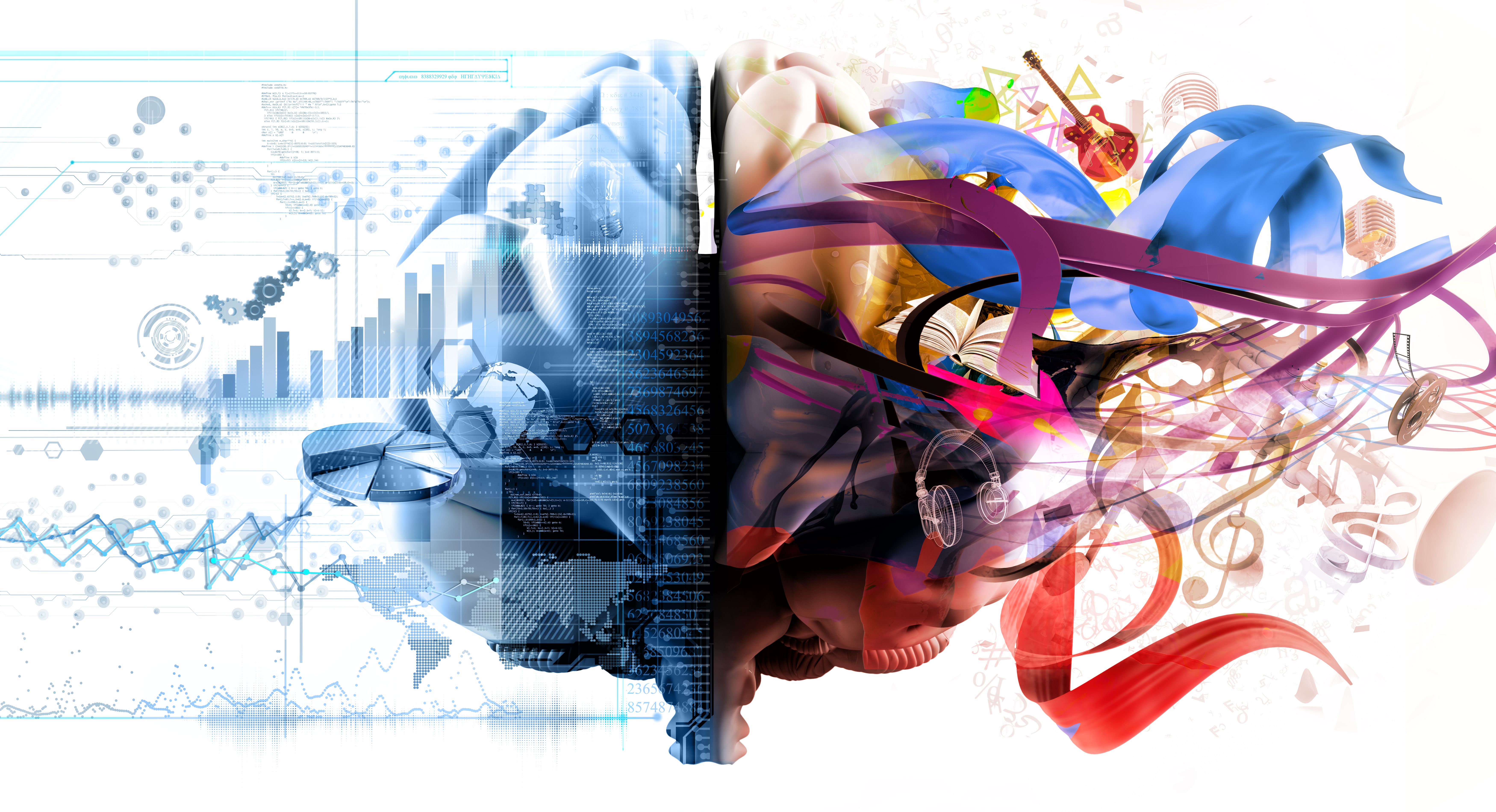 In their meta-analysis exploring over 30 years of research, Gabriel Tan and colleagues (2009) found that 74% of patients with epilepsy reported fewer weekly seizures in response to EEG neurofeedback. This was particularly significant as the patients were individuals with seizures that could not be controlled by pharmacological treatment. All studies included in the analysis reported a decrease in the incidence of seizures following neurofeedback therapy. Based on this meta-analysis, neurofeedback therapy results in a significant reduction in seizure frequency in individuals who had been unable to control their seizures with medical treatment.

A review of research literature in 2006 by Sterman and Egner found that there is ample data to support the clinical utility of neurofeedback as an alternative treatment for epilepsy. The review was based on documented findings, rational theory, and the research and clinical experience of numerous authors. It concluded that the research literature reviewed justifies the use of neurofeedback treatment for epilepsy/seizure disorders and constitutes as a viable and well-founded alternative to anticonvulsant medication.

About 25% of epilepsy patients are suffering from seizures that can not be controlled with anti-convulsive medications.  Zhou and colleagues (2005) examined five patients with intractable epilepsy and utilised training to increase the production of sensorimotor rhythm (SMR) activity and decrease the productive of slow brain wave (theta: 4~6 Hz) activity. In all five patients the researchers reported a significant reduction of EEG irregularities.

Walker and Kozlowski (2005) provide an overview of neurofeedback and its use to train the brain and reduce (or eliminate) seizures or reduce the amount of medication required to control them. With the development of sophisticated qEEG databases it has become possible to more precisely record brain dysregulation/abnormalities associated with drug-resistant epilepsy. Areas of the brain with significantly decreased coherence may be up-trained and areas with significantly increased coherence may be down-trained. We can therefore reinforce mid-range frequencies associated with preventing seizures. Clinical research using this approach has reported a decrease or even abolishment of seizures in all patients properly trained. 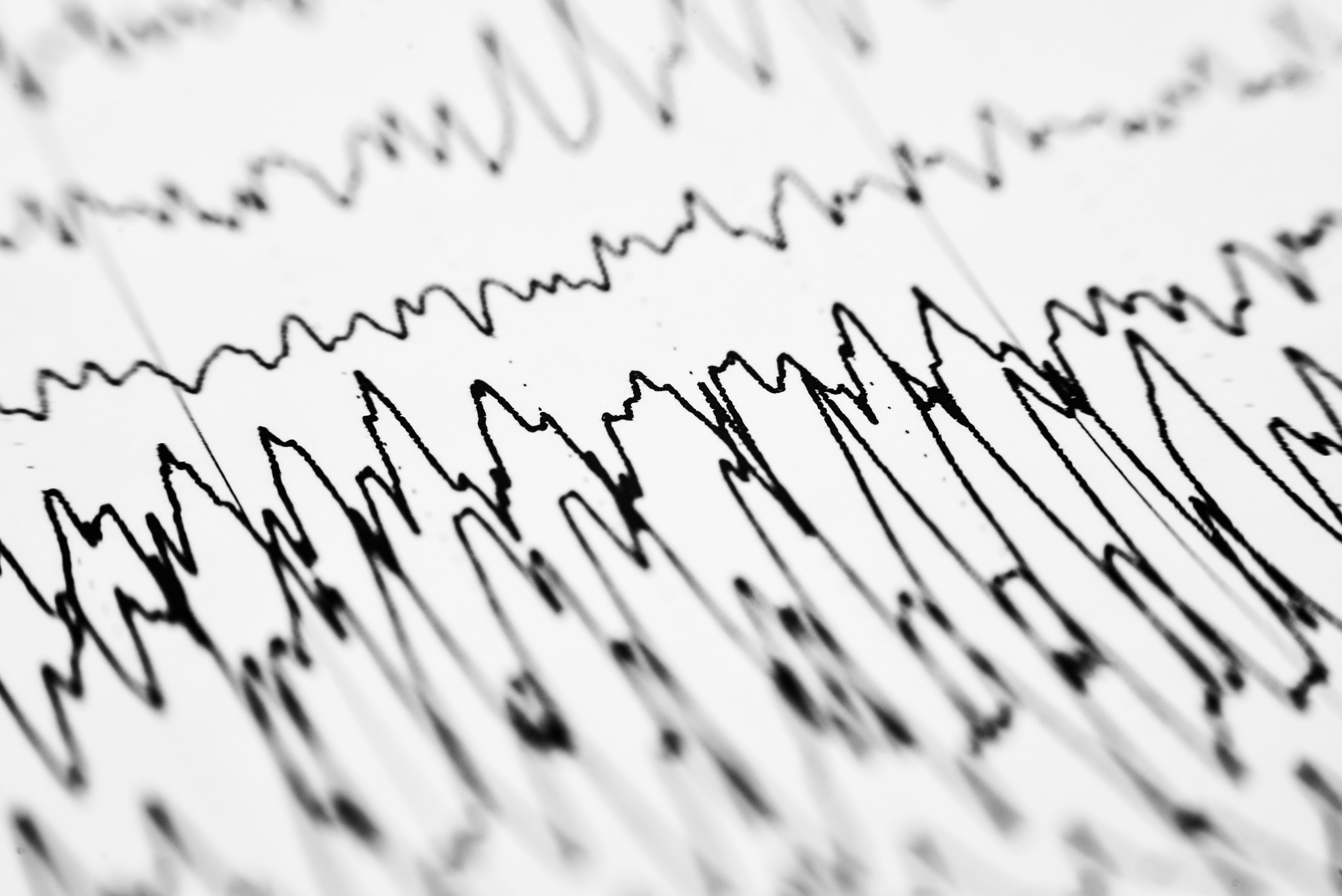 A review of the past three decades of research conducted in 2002 by Renee Monderer and colleagues concluded that, according to most of the studies, neurofeedback had a positive effect in terms of reducing seizure frequency. This review of literature highlights the promising role of neurofeedback as a treatment for patients with epilepsy who have tried alternative treatments without success.

In 2000, Barry Sterman and colleagues conducted a review and found that 82% of patients demonstrated a significant improvement in seizure control (at least a 50% reduction in seizure incidence), with approximately 5% of these cases reporting a lack of seizures for up to 1 year following the end of training. This demonstrates impressive, sustained clinical results achieved with the most difficult subset of seizure patients.

In a study of 27 patients with focal epilepsy,  Kotchoubey and colleagues (1999) demonstrated a reduction in seizures in about two-thirds of individuals. Those patients without a reduction in seizures produced larger negative slow cortical potentials in the first phase of treatment and throughout follow-up. Similar results were reported in a study by Strehl and colleagues in 2005. Therefore, the initial presence of large negative slow cortical potentials may be used in the prediction of clinical improvement. Age, medication, seizure history, or the localisation of focus were found to be unrelated to whether or not seizures were reduced.

In 1998, Lantz and Sterman conducted a randomized controlled trial with treatment-resistant epilepsy patients. Patients that received the neurofeedback training showed a significant reduction of seizures (around 61%), whereas, the matched placebo group did not show improvements.

Patients presenting with pseudoseizure disorder have also been shown to benefit from neurofeedback treatment. Pseudoseizure disorder may be diagnosed when seizures are present but there is an absence of eliptiform EEG activity. In an early pilot study of three adult patients, seizure activity was reduced following EEG feedback once per week to reduce the theta to SMR ratio (Swingle, 1998). 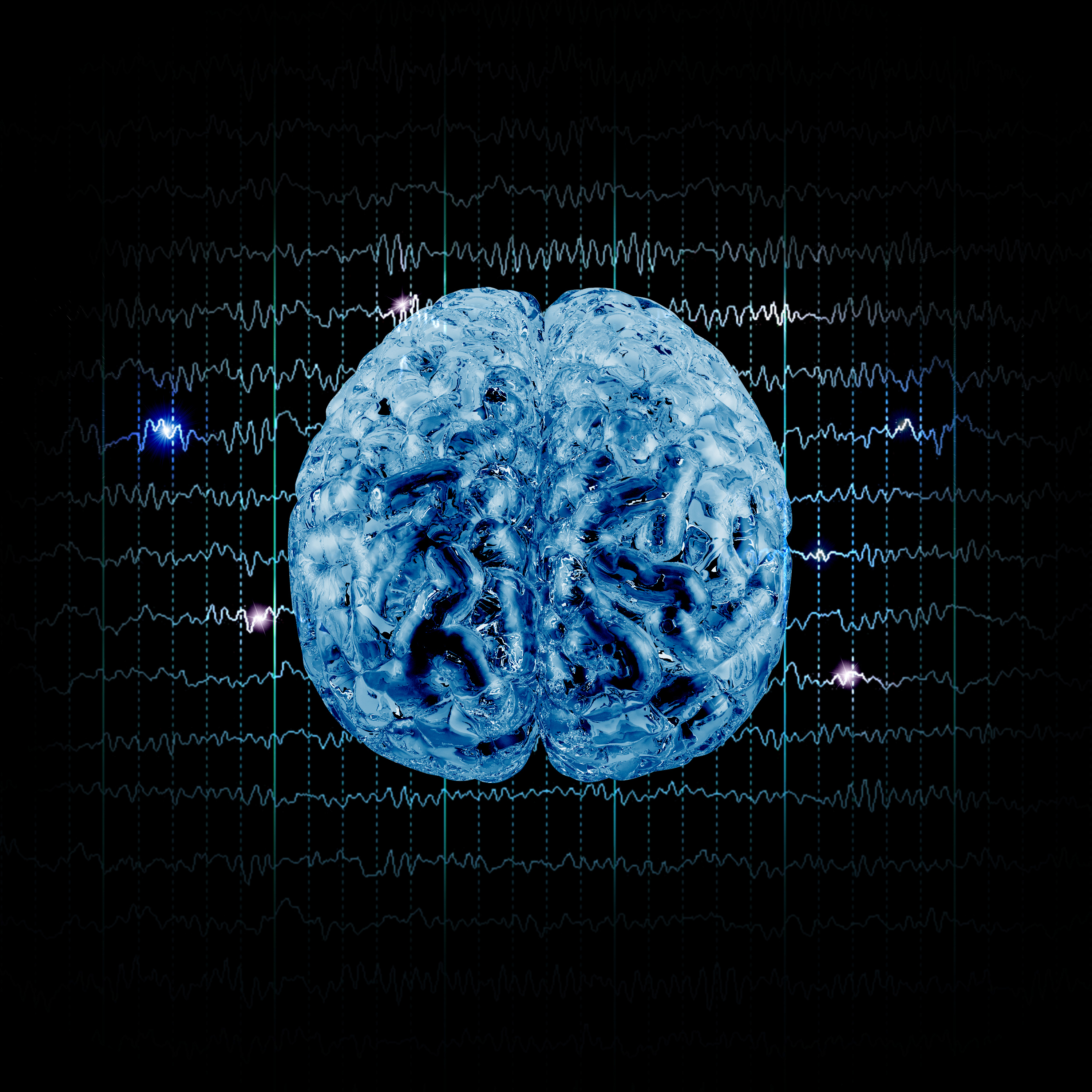 Rockstroh and colleagues (1993) investigated the impaired regulation of slow cortical potentials (SCPs) in epileptic patients and to what extent SCP self-regulation via biofeedback might affect the frequency of seizures. Twenty-five epilepsy patients without satisfactory improvements using drug interventions participated in 28 1-hour sessions of feedback and instrumental conditional of the SCPs. The researchers reported significant increases in SCP control and a dramatic reduce in seizure frequency, with six of the patients becoming seizure free at 1-year follow up.

Lubar and colleagues (1981) conducted a double-blind crossover study of 8 patients with mixed seizures who did not respond to standard medical treatment. Operant conditioning of the EEG over 10 months resulted in a reduction in seizures in 5 of the 8 patients compared to baseline measures. These patients reported a decrease in their mean monthly seizure rate at the completion of feedback training as compared to before the study commenced.

In 1975 Seifert & Lubar, demonstrated a reduction in seizures in five out of six adolescents with epilepsy by providing feedback whenever they produced 0.5 sec of 12-14 Hz activity of a specified amplitude. Several patients showed increased percentage of SMR when feedback was provided, as well as demonstrating normalisation in their EEG.

A preliminary case study (Finley, Smith & Etherton, 1975) attempted biofeedback training on a 13-year-old male experiencing frequent epileptic seizures (averaging at eight clinical seizures per hour). The patient’s SMR increased from 10%, prior to training, to 65% a the completion of training. His rate of clinical seizures were reported to decrease by a factor of 10.

An early landmark study conducted by Sterman and colleagues (1974) was based upon previous work in which trained cats were resistant to drug-induced seizures. Humans with epilepsy were trained using similar biofeedback procedures, and demonstrated an increase of SMR frequency. Training in four epileptic patients with previously uncontrolled seizures was accompanied by a significant reduction of clinical epileptic manifestations.

Strehl, U., Kotchoubey, B., Trevorrow, T & Birbaumer, N. (2005). Predictors of seizure reduction after self-regulation of slow cortical potentials as a treatment of drug-resistant epilepsy. Epilepsy & Behavior, 6, 156-166.