Neurofeedback (NF), also known as EEG Biofeedback, is used to improve individuals’ emotional, behavioural and cognitive functioning by training patients to increase or inhibit certain brainwaves via classical conditioning. This training is usually reinforced by interacting with visual or auditory stimuli, which provide positive feedback for achieving desired brain activity.

Early NF and Biofeedback research began with the seminal discovery made by Richard Caton in 1875, which found that the brain’s electrical activity would fluctuate after mental activity. He started with placing electrodes of the open brains of animals, but was also able to demonstrate that you could record the electrical activity from the scalp. Since then, decades of research have examined the benefits of NF training on a variety of cognitive and behavioural conditions, such as ADHD, PTSD, Depression, Anxiety and Substance Abuse.

In 1891 Adolf Beck was able to demonstrate in rabbits and dogs that rhythmic oscillations in the brain disappeared when the eyes were stimulated by light. This work was a forebears of the work done later by Hans Berger who discovered alpha blocking.

In 1924, Hans Berger measured EEG on the human scalp and recorded the raw EEG tracings. He established the Berger Rhythm, 10 Hz alpha. He also identified alpha and beta waves. He was the first to suggest that abnormalities in EEG reflected clinical disorders. Berger believed that the EEG is analogous to the EKG.

In 1928, Wilder Penfield, a Neurosurgeon in Canada, was the first to conduct brain mapping. He worked with patients with epilepsy and he stimulated parts of the motor cortex to find out which brain regions they were associated with. He was the one who developed the sensory and motor homunculus.

In the 1930s Adrian & Mathews also measured electrical activity at the scalp. They also studied entrainment of brainwaves with photopic stimulation and demonstrated changes to EEG. Adrian and Matthews’ demonstration of EEG recording at the 1935 Physiological Society meeting in England caused its widespread acceptance

In the 1930s, Grey Walter named the delta and theta waves, and later in 1964 he was the first to describe the contingent negative variation (CNV).

In 1949 Herbert Jasper‘s work with developing a set standard of electrode placements know as the 10-20 International System was accepted. This measurement system is used today as the means of identifying specific brain regions to target in neurofeedback as well as describing brain maps and placing electrodes. Jasper & Shagass in 1941 did the first study to demonstrate voluntary control over alpha blocking through classical conditioning. 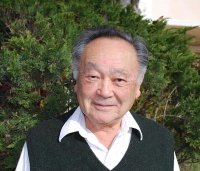 Pivotal research conducted by Dr. Joe Kamiya (University of Chicago) in the late 1950’s and early 1960’s solidified the early findings, with him conducting the first NF training sessions recognising alpha waves using positive verbal reinforcement. He was able to demonstrate conscious control over alpha. Dr Kamiya’s original work was in anxiety and he showed that increases in alpha wave production could reduce anxiety. Kamiya published a “Psychology Today” article on alpha biofeedback that increased public awareness of biofeedback and interest in EEG biofeedback.

In 1965, Dr Barry Sterman conducted his landmark study in altering brainwaves in cats. He discovered the sensor-motor rhythm, or SMR. He found that when he trained cats to increase their SMR they became alert but motionless. He then used the same cats to test rocket fuel that was creating seizures in astronauts. Incidentally he found that the cats that he had previously trained in SMR were much less likely to have a seizure than the cats that were not in his previous research. This was the ‘accidental’ beginning of research into the benefits of neurofeedback in epilepsy.

In the early 1970s Roy John from New York University developed a new approach in the EEG field called neurometrics. This involved quantitative comparisons of a persons EEG to a normative database of healthy controls.

In the 1970s Joel Lubar from the University of Tennessee, pioneered the used of neurofeedback in children with hyperactivity. He developed a protocol for treating ADHD through decreasing theta and increasing beta, a protocol that is still widely used today with much success. Lubar has done much research into the efficacy of NF in children with ADHD and comparing it to medication, and he continues to be one of the leaders in the use of neurofeedback in children with ADHD. He has also done research into depression, epilepsy, Tourette Syndrome (and other tic disorders) as well as specific learning disabilities.

Magaret Ayers who was trained in clinical neuropsychology, was also an important person in the development of NF. She used neurofeedback for many medical problems including drug addiction, alcoholism, head injury, stroke, cerebral palsy and even coma. She was responsible for the development of realtime neurofeedback equipment. She also investigated seizure control and treatment of coma patients with open head wounds.

Following on from the research of Sterman, Lubar and Ayers, Andrew Abarbanel developed the Neuropsychological Arousal Model. This model suggests that as cognitive processes increase, alpha brain waves decrease and beta (or desyncronised brainwaves) increase. As sensori-motor input to the brain decreases, SMR increases and attentiveness decreases. As vigilance decreases, theta waves increase. Although there are some exceptions to this (e.g.. 5Hz midline theta rhythm during memory searches), this arousal model of training it still highly utilised today in frequency training.

In the 1980s Eugene Peniston examined the effects of alpha-theta training in alcoholics. He was able to demonstrate that after 5 years of doing the program, 70% of participants remained abstinent. He noted that theta was lower in the back of the brain (as well as alpha) and conducted ground-breaking research along with Paul Kulkosky into both alcoholism as well as post-traumatic stress disorder. Bill Scott has also conducted research into alcoholism showing success rates of 79%. It has been found that alcoholics have lower levels of alpha, hence alpha-theta training, through enhancing alpha wave production, can greatly affect alcoholics recovery dramatically.

Jay Gunkelman and Robert Thatcher are both two current pioneers in promoting quantitative EEG analysis. Robert Thatcher has developed Neuroguide, one of the largest and widely used normative databases of EEG.

Birbaumer and colleagues studied the efficacy of slow cortical potential biofeedback for the treatment of ADHD, epilepsy, and schizophrenia.

Siegfried and Susan Other are  a couple who have been instrumental in providing much well needed data on different NF protocols. They recognised early the role that asymmetry plays in neural functioning, and much of their early techniques involved balancing left and right hemispheres in relation to levels of arousal and symptom based training. Susan has developed a very thorough taxonomy of symptoms and relevant protocols. More recently that have been looking at infra-slow electrical potentials.

Len Ochs is a pioneer in neurofeedback, who developed the LENS system: Low Energy Neurofeedback System. This system uses QEEG to identify areas of the brain which are dysregulated, and then a small electromagnetic field is applied to have create better regulation.